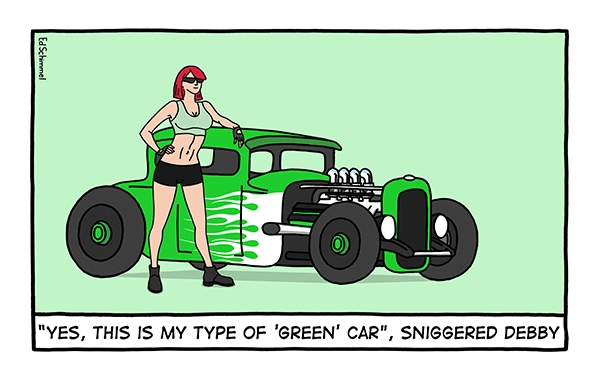 This print is part of a series around a young woman called Debby. She is an independent, strong woman who makes her own decisions regardless of what other people think about her.

The first print in the series started as an entry in the Liquitex ‘Muted’ competition. At a later stage I added text and named my heroine Debby. The series is influenced by the work of Lichtenstein, but a bit more humorous.

Although I am very aware of the environment, I am not afraid of having a bit of fun with the concepts. This print shows which type of ‘green’ car Debby prefers.

Framing:
This artwork is sold unframed

Shipping:
Rolled in a tube