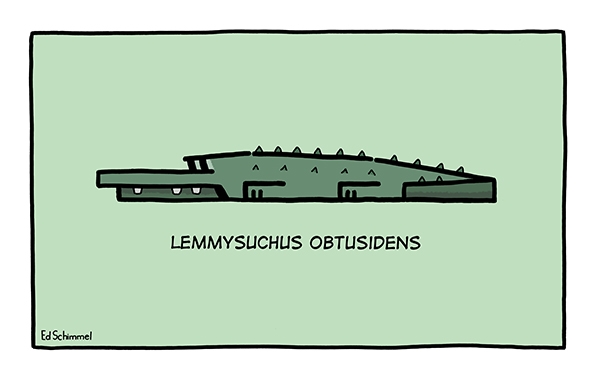 She could not have chosen a better creature to be named after Lemmy. Its name roughly translates “Lemmy’s blunt-toothed crocodile”. As Lorna says: ‘It was one of the nastiest sea creatures to have ever inhabited the Earth’. Lemmy was well-known for his rough character and appearance, including the bad teeth.

This print is a tribute to Lemmy and his crocodile.

Framing:
This artwork is sold unframed

Shipping:
Rolled in a tube